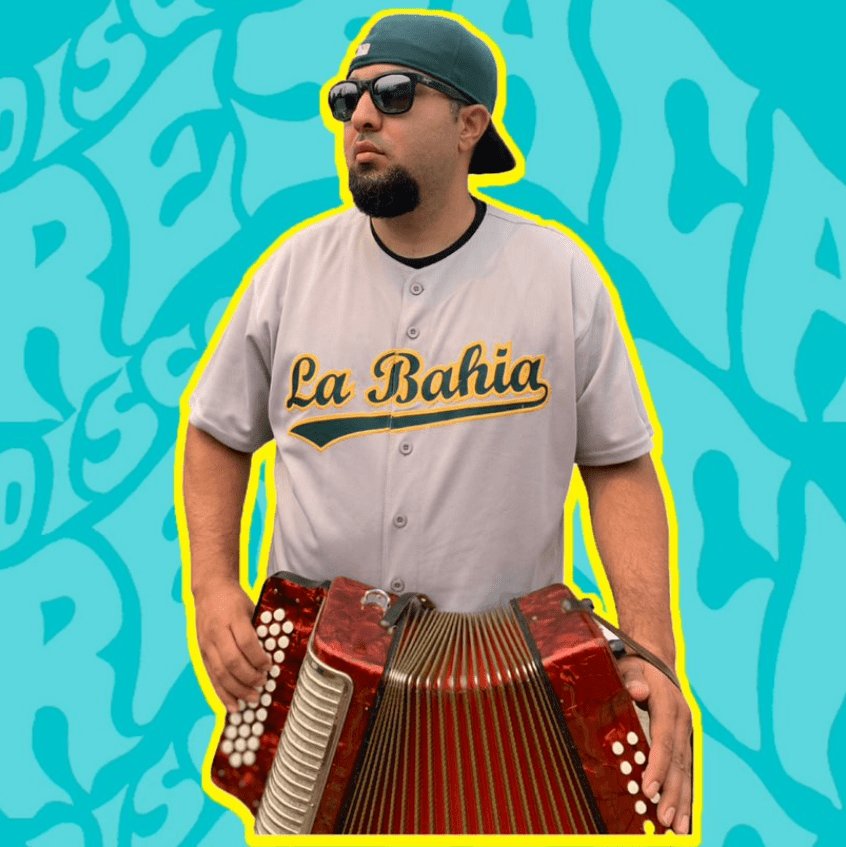 Ivan AKA Ivan Del Acordeon – Born and Raised in ESSJ (East San Jose) started writing and performing music at the age of 13. By 19 (2001) Ivan helped form one of the founding groups of the Bay Area Cumbia Movement “Lado Oriente”, roughly translating to East Side, which was instrumental in pushing Cumbia into the nightlife and festival circuits in San José and Bay Area. Continuing on with the influential band “La Colectiva” which release their first and only album “Gente Morena” in 2009.

All of these projects led up to what is now Discos Resaca (Est. 2017) a collective of musicians focused on highlighting the underground sound of the Bay/California primarily on vinyl. We have had 7 total releases to date with the likes of Mariposas Del Alma, Leones de la Cumbia, Patricio Hidalgo y Lado Oriente, Deuce Eclipse, Discos Resaca Collective, Flaco El Jandro, Brian Rivera among many others. “Sharing our life stories through song is something deeply personal and healing at the same time. Even though I have over 20 years in the game there’s always something new to learn and experience. I am thankful to my family for always being supportive of me and my ambitions. Very grateful for the family of musicians in our collective for all the hard work and talent that goes into our projects and brings them to life”.