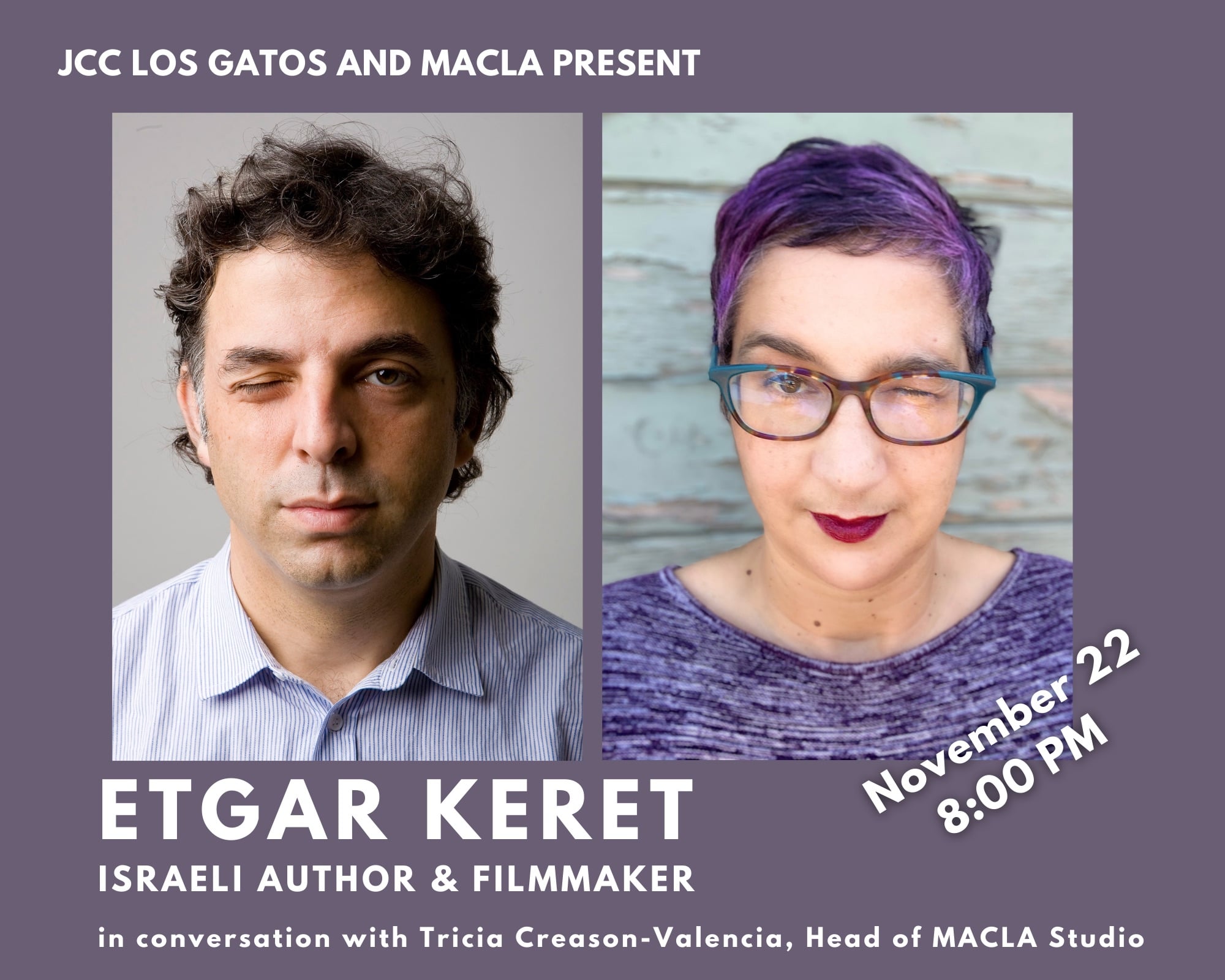 They will explore Keret’s hilarious and poignant short stories (frequently heard on This American Life) and his work as a screenwriter for film and television, including the Sundance film “Wristcutters” and the hybrid documentary about his storytelling, “Based on a True Story” https://youtu.be/dvuU6hDQIXA

Some of the topics will be his writing, his success outside of Israel, his new book and his new TV series.

Keret is known for his absurd, sad, funny, very short stories, as well as graphic novels and screenwriting. His previous books include Suddenly, a Knock at the Door; The Bus Driver Who Wanted to Be God; The Nimrod Flipout; and many more.