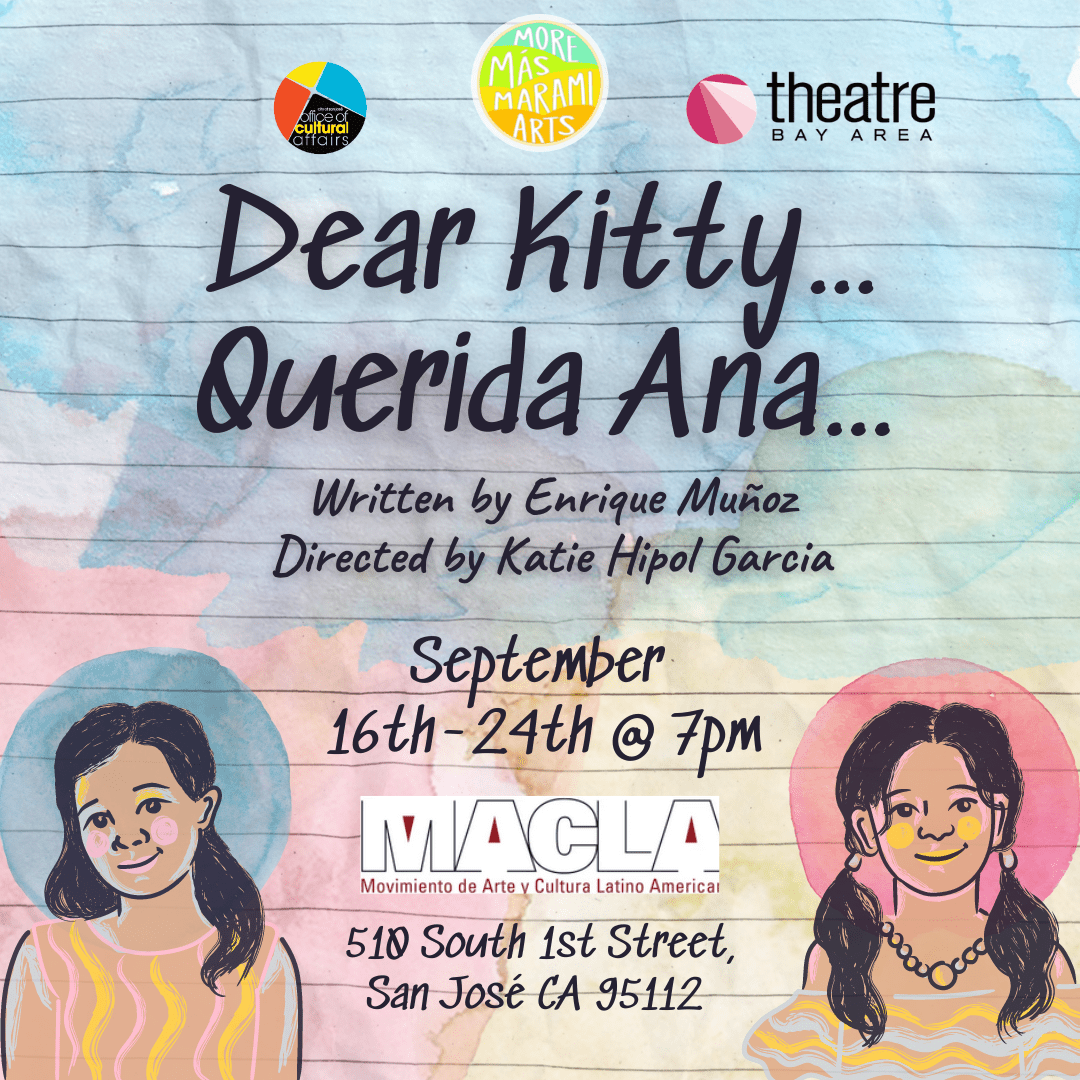 Dear Kitty… Querida Ana…, written by Enrique Muñoz and directed by Katie Hipol Garcia, is a script that was workshopped in our Writers Launchpad 2019 program, and has since gone on to be produced as a radio play from In The Margin, and selected to be performed as part SF Fringe festival. We’re very excited to produce the world premiere of Dear Kitty… Querida Ana…!

The play explores the friendship of Ana, third generation Mexican American, and Kitty, an undocumented student from El Salvador, as they navigate school and an encroaching abusive system, paralleling the 1940s German Reich to present day ICE.

🎭 Join More Más Marami Arts for the world premiere on September 16 – 24, Fridays and Saturdays at 7pm, and Saturday matinees at 2pm. Preview night is Thursday, September 15 at 7pm. We are thrilled to be performing at MACLA/Movimiento de Arte y Cultura Latino Americana in Downtown San José.

Get your tickets at: